WHY SHOULD YOU NOT TAKE TEEN COUNSELLING FOR GRANTED

It’s no new fact that teenagers often exhibit many irrational behaviors due to their exuberance and effervescent nature. During adolescence, the child acquires vague thinking, impetuous attitudes, reasoning and a high level of attention due to the large amount of brain connections that get either pruned or heightened depending on the roles of the parents. It is absolutely important for parents not to fail in their quest to imbibe good morals and essentially good values in their children. Adults are a product of parenting so parents help determine which teenage urges are encouraged and which are dissuaded because the brain of a young child or teenager is very malleable and intelligent.

Teenage anxiety is in-born and in most cases, if not checked leads to obnoxious behavioral issues. Teenagers often tend to want to flow with their friends in terms of fashion, associations and many more which often makes them want to go to any length to catch up with the pace of the endless requirements to feel among their friends. Teenagers are highly inquisitive largely due to the cortex producing an amazingly large number of brain connections making them want to try out things like sex, drinking, smoking to know the feeling all by themselves. Hormonal changes that accompany adolescence in teenagers often lead to moral decadence like exhibiting acts of contempt towards their parents and other adults, they often feel like they no longer need supervision or counselling thinking they have got all it takes to decide and make their own paths. All these exuberances require adequate parenting to be curbed and good morals being nurtured in young teenagers because if otherwise, the outcome is usually rather unpleasant.

Stealing, raping, drug addiction are common events that take place in the life of most teenagers as means to satisfy their beckoning desires. These acts often result into depression in teenagers, depression in teenagers have apparent signs and symptoms some of which include sadness and hopelessness- this happens sometimes when a teenager fails countlessly at his or her academics or feels less loved by parents and friends, depending on how bad the situation is, it can lead to suicide or seeking solace in drugs. Another is frequent crying and sobbing especially when being heart broken by boyfriend or girlfriend, abnormal loss of appetite with frequent shortened sleep due to excessive thinking resulting from devastation, lack of trust in people, withdrawal from family and friends, loss of interest and attraction in things, places and hobbies that were formerly their dearest involvements.

The consequences of neglected parenting on adulthood later in life is not far-fetched, while powerful and devastating experiences may alter the functioning and operation of an adult brain, for children and teenagers, traumatic events and occurrences may change totally the make up of their brain affecting remarkably how they turn out to become. Sometimes parents don’t know that they are inadvertently neglecting their parenting duties emotionally while being too involved in meeting the financial needs and basic requirements of their children. Emotionally neglected children often grow with a feeling of loneliness and usually suffer from extremely low self-esteem, this greatly prevents them from realizing their greatest potentials and fulfilling whatever dreams they have imagined. Some grow up having communication problems and trust issues and as a result limited in many ways. Many cases have been reported of children sexually abused by nannies while parents get busy making ends meet, children of this sort grow up abhorring the opposite sex or have unnecessarily apathy towards people without realizing the power of associations and relationships.

Children who are products of poor parenting grow up wondering about their own self-worth and value and as a result become frequently paranoid and loneliness becomes a major part of their nature. An adult can only know how to provide empathy, help and respect others if they were raised in that manner because a child’s brain is very malleable and shaped by circumstances. Inability of parents to meet the financial and material needs of a child or teenager creates many symptoms and ultimately mental health problems which can affect the rest of his or her life. Cognitive and language deficits in abused children have also been recorded medically as common effects. Abused and neglected children have shown great impairment in intellectual and verbal intelligence without any clinical evidence of brain impairment. This in return affects their academic performance, their creative abilities and capabilities and renders an adult redundant and unproductive in the society.

With a good knowledge of the consequences of poor parenting and poor guidance of teenagers known, the roles of parents have to be given more scrutiny if they desire a morally, academically and financially equipped adult. For adults that have grown as a result of poor parenting, proper guidance and counselling can help bring them right back on track. The counselling aims at addressing young adult issues that may arise in those people who are in their late teens and early adulthood which may include academic and career challenges, family differences and upheavals, sexual or developmental concerns and many more. Counselling affords an adult a listening ear and a caring heart which in turn pulls the adult from loneliness and secret depression, this is usually accomplished by allowing the adult narrate and share his or her daily ordeal and experiences as well as daily progress. Counselling coupled with therapy allows an addicted adult to do away with any addiction causing moral decadence however, gradually. Traumatic events when shared during counselling causes a lot of relief as studies have shown that one become less burdened after sharing a secret.

In summary, while it is unarguably essential that young children and young teenagers receive proper parenting to avoid inevitable repercussions as adults that might render them unproductive and constituting social miscreants, adults that have experienced poor parenting and sexual abuses are not beyond repairs if proper counselling and therapy are dully provided because it is better late than never. 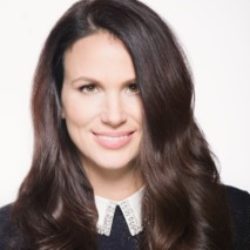